Welcome to this web site dedicated to Hewlett Packard’s first calculator, the amazing HP 9100, introduced in 1968. 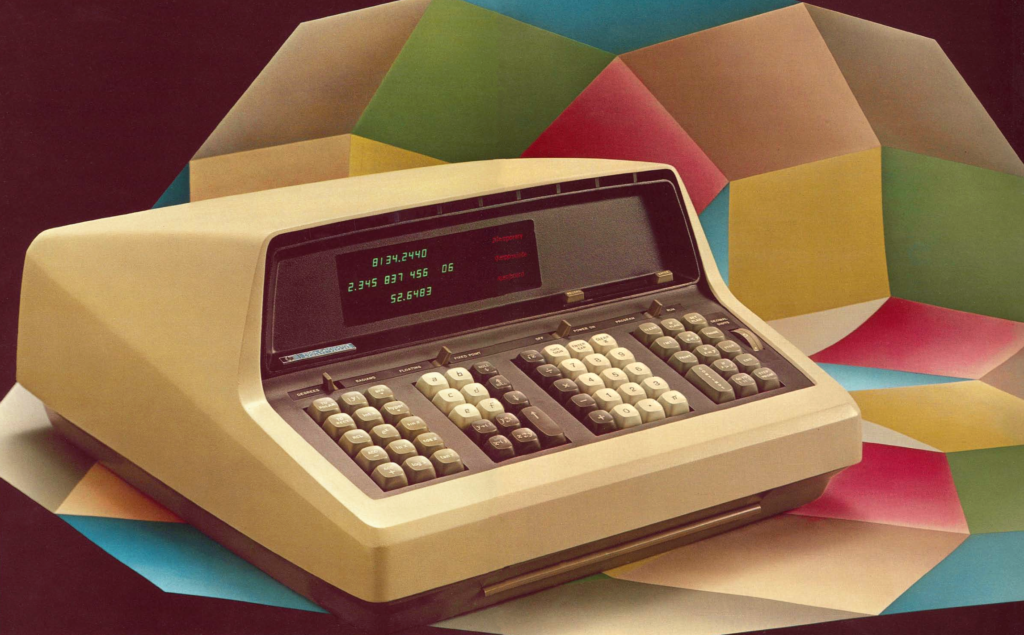 NEW YORK, March 11, 1968 – Hew­lett-Packard officials today an­nounced the development of a self-contained electronic calculator the size of a typewriter. It can, they reported, outperform many computers.
In making the announcement, Board Chairman David Packard said the calculator was developed primarily for scientists and engi­neers, to speed and simplify their complex calculations. He said it is also expected to find wide use in education and in those areas of busi­ness involving higher mathematics.
“With the rapid growth of science and technology has come an in­creasing need for easily operated, attractively priced calculating ma­chines that will perform a broad range of mathematical operations at split-second speeds,” Packard said. “Another requirement of these ma­chines is that they be programmable, like computers, to solve complicated problems. In meeting these objec­tives, the new Hewlett-Packard 9100A desktop calculator exceeds all other calculators on the market today.
“It was more than two years in development, and represents some­thing of a departure from our traditional product line,” he added.
Outlining specific features of the calculator, Dr. Bernard M. Oliver, HP’s vice president for research and development, pointed out that the instrument’s keyboard includes all the functions commonly found on the engineer’s slide rule. Among these are logarithms, exponentials, hyperbolic and trigonometric func­tions and the inverse of these, as well as coordinate transformations. He pointed out that it’s as easy to transfer a vector to polar form as it is to add two numbers.
“We believe one of the most in­teresting and popular uses of the calculator will be in teaching math to students,” Oliver said. “By re­moving the time-con­suming drudg­ery of manipulating numbers and consulting tables, the calculator will enable the student to concentrate on the pure principles of mathematics and thereby enhance his learning process.”